There comes a point in most people's lives when they first experience the cinematic surround sound of a movie theatre. From the days of old with the piano player in the pit, to the 'talkies', to the full on sensory assaulting experience that it is today, it has almost become a rite of passage.

For some weeks now, the short one has been enamoured with the movie poster littered all over town of an oversized Puss in Boots. Being that it is the holiday season, and apparently that is what you do, Team O'Connor thought they might as well check it out. Probably not our first choice of movie, being that we haven't seen inside a movie theatre in three years, but we thought a safe option.


Whilst the short one has ventured to the movies before with dad, all they have managed to see was the foyer. Bright lights, Dolby surround, darkened rooms all appeared a little too overwhelming. With this firmly in the back of our minds we checked out the cinema's return policy. Ten minutes of the flick, not your cup of tea? Guaranteed money back. Ten minutes grace we had...

But we need not have worried. Short one sailed through the viewing, peppered with a few tears in the sad bits, smiles in the funny bits, and a bowel motion three quarters of the way through... Got to love toddlers and movies!
Posted by Meredith at 4:06 PM 0 comments

A journey is best measured in friends, not miles.

Five thousand.  That seems quite a lot.

Apparently it is the largest isogrammic number in the English language. As of today, it is also the number of hits this blog has attracted since its inception.

What started out over 12 months ago as a travel journal has morphed into something resembling a part-time soapbox, a philosopher’s muse, a journey of discovery.

Thanks everyone for being a part of that journey. I hope you have enjoyed the ride. 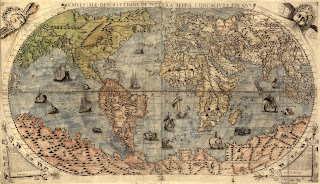 Posted by Meredith at 7:12 AM 2 comments

Complacency is the curse of the underprepared

Oscar Wilde once famously declared that work is the curse of the drinking class. How true that is during the festive season!  A time when overindulgence is par for the course and work interferes in having a good time.

For the first time in my working career, I will be working over Christmas, only pausing for breath on the public holidays. So with this restriction in mind, I thought it a good idea to have 15 people over for a Christmas dinner party, have all the Christmas shopping done by the first week in December, meet incredibly ridiculous timelines at work, and launch the family into another jet-setting holiday.

Yes, that is right.  Twelve months ago, as this blog will attest, we embarked on our European adventure with a travelling toddler in tow.  I once famously declared that I was an experienced single traveller, yet an apprentice baby traveller.  You would have thought that I would have learnt my lesson. This time round though, I am feeling far more confident, perhaps too much so…or is it just a case of I haven’t had time to think about it!

In less than two weeks, our little family will be getting on another plane and heading off into the sunset.  And…I have planned nothing!

Things are a little different for this trip though.  The short one is over that magic age of two years, entitling her to her own seat and ensuring more revenue for strike-plagued QANTAS; we are only flying for 2 ½ hours as opposed to 22 ½ hours; we won’t be encountering language difficulties; we will be using the same currency; and we have built in babysitters at the other end.

So…I think I deserve to be somewhat complacent…now where did I put that child?

Posted by Meredith at 7:56 PM 0 comments