And layd him on the green…

American writer, Sylvia Wright, coined the phrase ‘mondegreen’ in an article written for Harper’s Magazine in 1954. As a child, her recollection of the Scottish ballad, Earl O’Moray, was that the Earl met a sticky end alongside his beloved, Lady Mondegreen. Whilst the Lady was fortunate enough to enjoy a resurrection, no such luck was to be had by the Earl.

Ye Highlands and ye Lowlands,
Oh, where hae ye been?
They hae slain the Earl O' Moray,
And Lady Mondegreen.

In actual fact, the Lady was a mere figment of Wright’s poor hearing…it was all the Earl’s demise that featured in the actual stanza.

Ye Highlands and ye Lowlands,
Oh, where hae ye been?
They hae slain the Earl O' Moray,
And layd him on the green.

Forever more, a ‘mondegreen’ is the term used to refer to a misheard lyric or line.

The short one announced to me today that they had been learning Christmas carols at kindy. With that, she launched into a rousing rendition of ‘We wish you a merry Christmas’.

Humming along, I was suitably impressed with her remembering the lines. Granted they’re not that difficult…that was until we hit the ‘Good dinings we bring to you and your king.’

One can only assume that the Three Wise men have ditched their gold, frankincense and myrrh and gone with the little known KFC Family bucket, Thai takeaway and Dial-a-pizza delivery.

As any new mother knows…gifts of prepared meals are always a God-send in those early days of parenthood! 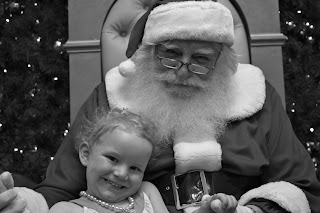 Posted by Meredith at 4:33 PM 0 comments

What's in a name?

I must admit, I was a little taken aback when my three year old announced to me the other day that she wanted to change her name.

With some trepidation, I asked, ‘…to what?’

With great aplomb, she declared, ‘Falene.’

Now, that came from left of field. She wants to be known as some female Disney deer, the one who knocks about with Bambi. It wasn’t entirely what I was expecting. I was expecting something more along the lines of Cinderella, or Belle. But, alas, no, it was not to be. She prefers the animal-types.

However, it did play further around in my mind, making me think of all those poor children who have been dealt cruel blows through no fault of their own.

Being a teacher, I know all to well how cruel children can be, cruel and highly imaginative with it!  Ask them to compose a short piece of poetry in class with appropriate rhyme and rhythm and they look at you aghast…give them five minutes in the playground with some poor kid with a funny name and they are away…

With this firmly in the back of my mind, there was no way I was going to subject my child to taunts and jibes their whole school life. All combinations and computations were considered before signing the registration papers: initials, words that rhyme with…, shortened versions etc etc.

Sadly though not all parents give as much thought to this incredibly important decision.

I mean, did they say these names out loud?

And then there are the parents who set their child up for a lifetime of spelling their name out loud.  Either the parents can’t spell in the first place or they are looking for something unique for their special little bundle…that just screams ‘bogan.’

One of my favourite name dilemmas is the parent who has read the name, liked the name, named child the name, but never checked how to say the name.

My all time classic story along these lines is the one about poor little ‘Guy’, named after some dark, handsome crooning protagonist from a Mills and Boon. Sadly though, he was to be known as ‘Goo-ey’ for the rest of his life.

And then there was the beautiful young girl with the equally beautiful name, Siobhan. Upon meeting this delightful lass, I was quickly admonished for my Irish pronunciation and put in my place by her frustrated mother…

Obviously this poor child will be correcting people her entire life. Here’s a tip…if you are going to go with a traditional name from another language – learn how to say it first!

For me, well, I just wanted a simple, yet pretty name; something traditional without being too old fashioned; not too common, yet not too unusual; a name that I couldn’t associate with any past student; a name correctly spelt and unmistakeably pronounced; a name that both my husband and I were happy with.

A big ask in anyone’s terms…but I think we hit the jackpot with the short one’s moniker…Lily Kate.

Posted by Meredith at 1:58 PM 4 comments